Laser lipolysis is recognized as an effective, non-surgical solution for fat removal and body reshaping. Its appeal lay in the procedure’s ability to treat localized fat deposits and correct body asymmetries with apparent decreased risk compared to traditional liposuction. The energy emitted by the laser uses volumetric heating to destroy fat cells, contract skin and stimulate collagenesis. After long time clinical comparision, it has been found that the 980 nm diode laser is consistently successful in inducing the required fat-heat and skin-heat interactions necessary for optimal results in 2012.

Now, the 1210nm wavelength has absorption-affinity for Lipid-Rich Tissue and has demonstrated to stimulate adipocytes and mesenchymal cells of the subcutaneous tissue, with a new concept: Selective Photothermostimulation (SPS). The application in Liposuction of this wavelength is determined by its preservation of the integrity of adipocytes, making possible the use of these materials for fat grafting in Liposculpture, Breast Reconstruction or as filler in Face Rejuvenation, proven that this technique is less traumatic. 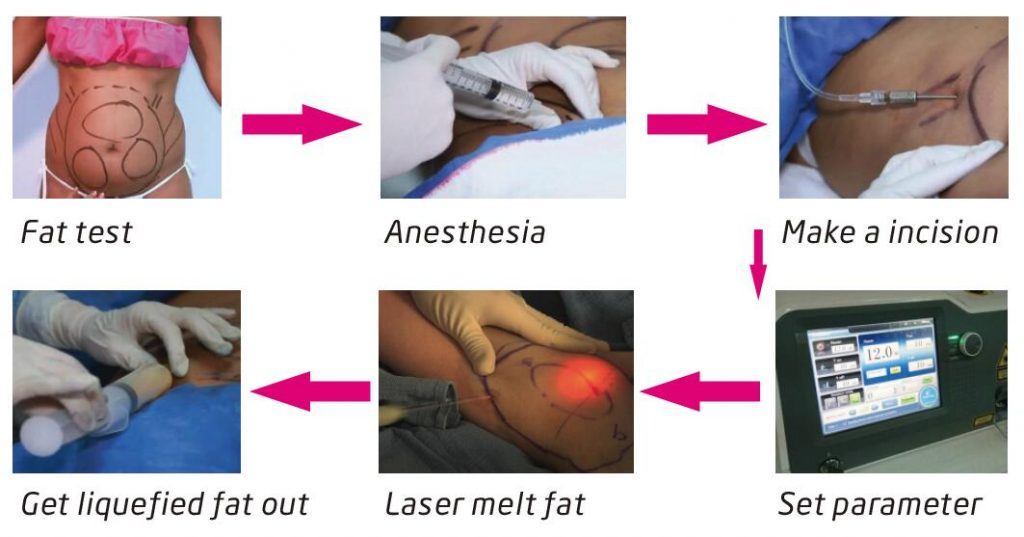 Although laser lipolysis is not intended to replace traditional liposuction, it offers patients a procedure that yields similar benefits with fewer complications and faster recovery. 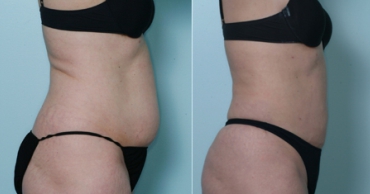 What Happens During a Laser Lipolysis Procedure?

The doctor or surgeon will usually make surgical markings on the areas being treated to serve as a guide during the procedure. You will then be injected with a local anaesthetic to numb the area and allow the doctor or surgeon to make a small incision through which to infiltrate the rest of the anaesthetic. This small incision will also be the point through which the laser in inserted (inside a thin tube or cannula). Once the anaesthetic has taken effect, the doctor will insert the laser fibre and begin the treatment. You will be awake throughout the procedure but should not feel anything other than a bit of pressure or tugging on the area. Sometimes you can experience some heat from the laser which feels like being flicked with an elastic band. This will only happen in areas that the anaesthetic has not fully reached and your doctor can stop the procedure and add more anaesthetic if necessary. The treatment takes between one to two hours depending on how many areas you are having treated and the size of the area being treated. The doctor will move the laser around under the skin, using its heat to melt the fat in your problem areas. The melted fat can either be sucked out in much the same way as liposuction or left to be metabolised buy your own body. The suction assisted technique, known as aspiration, allows the doctor to remove more fat but is slightly more invasive.